After so many bad things happening this announcement brought a smile whereas a few sick-minded people have started trolling the unborn child.

What was more interesting is that Sushant’s fans requesting his name for the baby. Have a look: 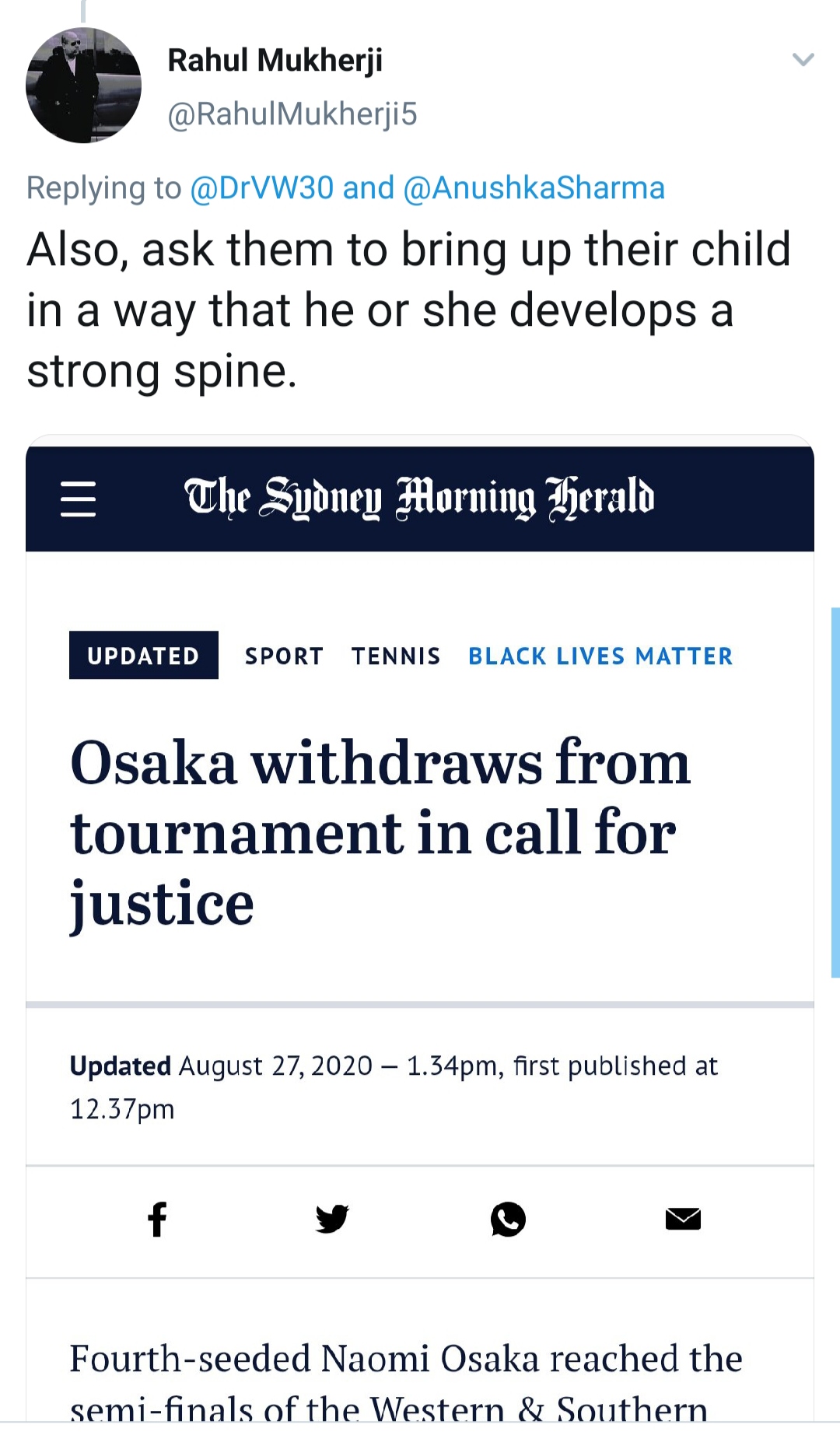 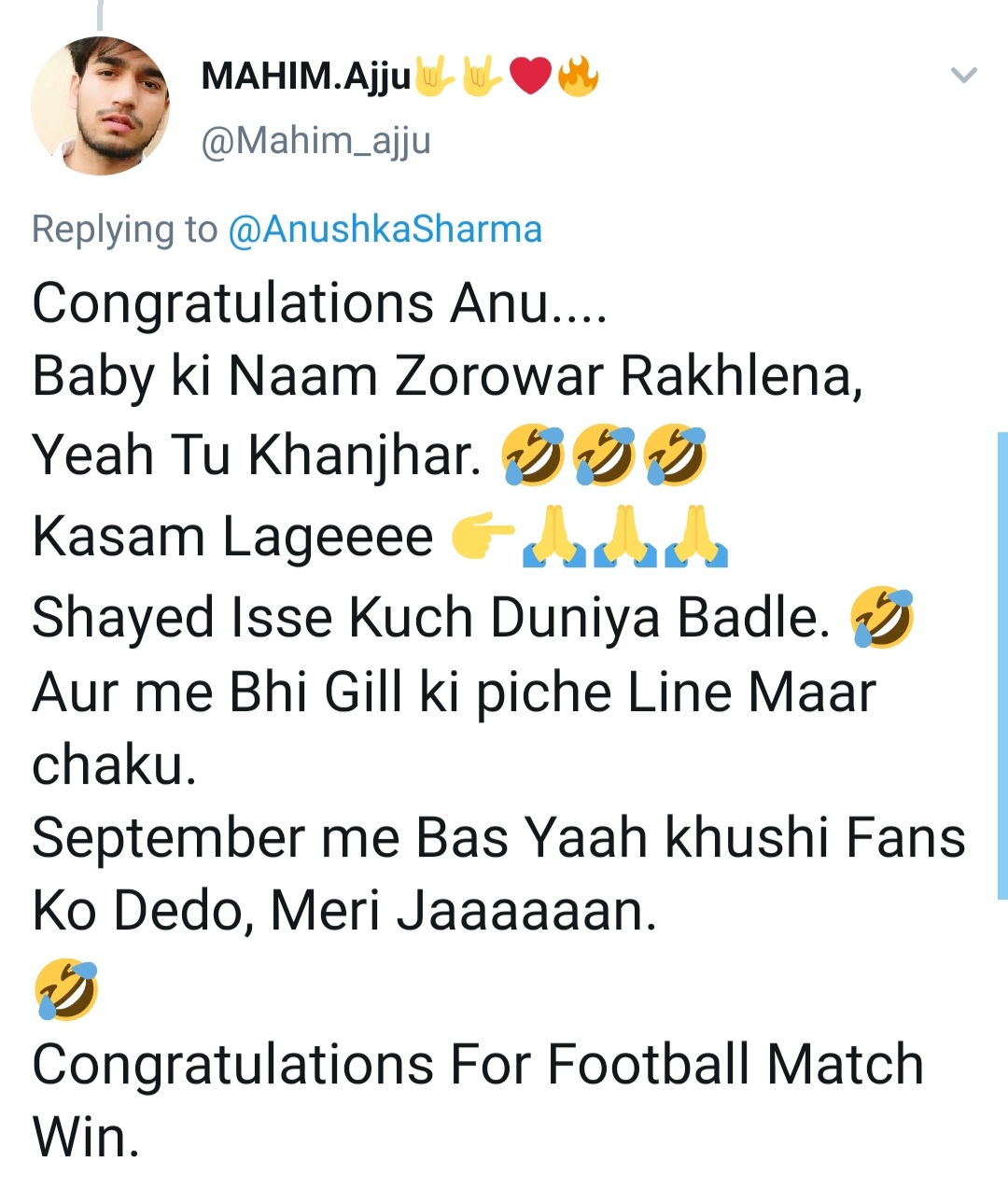 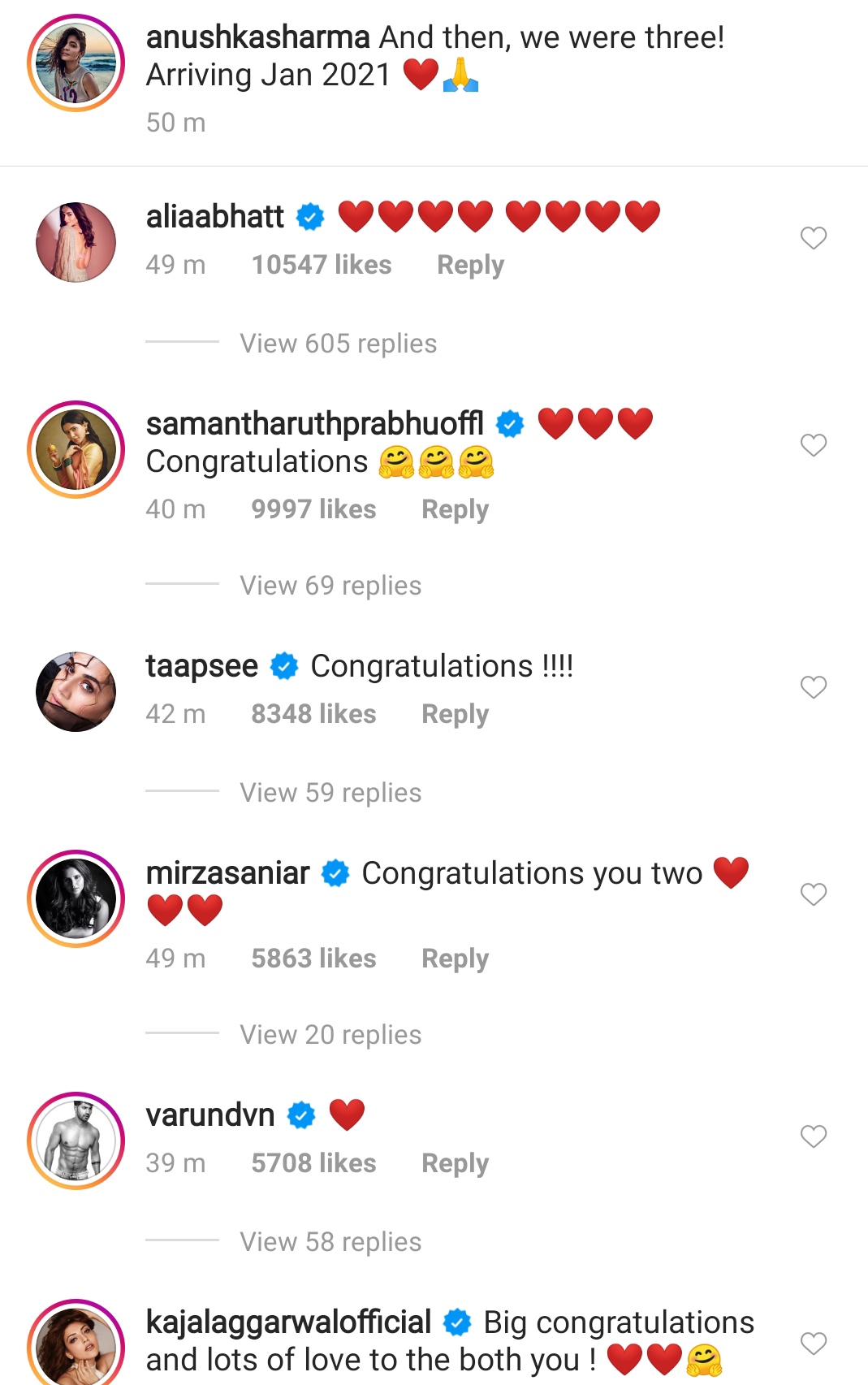 Meanwhile, Sushant’s family immersed his ashes in the Ganges, Patna.

Sketch by a fan.

Rhea Chakraborty snapped at Bandra Station for the ongoing investigation.

Sushant’s dog is missing him badly.

Graphic sketch by a fan.

I was thinking in the afternoon, that the media, trollers and critics are also the reasons that demotivate a person.

Kriti has asked the media not to hit behind a bush if they have guts write the names.

She even said that there must be rules in journalism and manners as well.

However, I found star kids showering their love on her post. Out of which, Sonam Kapoor’s name comes on the top.

India is full of hypocrites so does our Bollywood. Recently, Abhay Deol slammed the celebrities who were mute on the condition of migrants, poor and needy but raised their voice to support black lives protest holding in the United States.

Abhay Deol shared the analysis to show how Indians are obsessed with skin lightening products.

According to the study, the obsession of India for skin lightening has turned to a medical problem.

I will admit that I am also obsessed with a lighter tone because that’s what our society demands. I remember at the early teenage years of mine, I was only 13-14 years old I wanted to be the fairer and fairer. Hence, I used to apply every type of creams, masks, packs and face wash that was available in my home.

One day, I thought of applying nail thinner to my face pack as I thought that thinner is powerful to remove nail polish so it has the ability to remove my acne and pimple marks. Hence I poured some thinner and applied the pack.

I didn’t know when I fell asleep, and the next morning I woke up as my face was burning. I ran towards the washbasin and was scared to find that my whole face was burnt down. After that, my father consulted our family dermatologist and went for 45 days of medication. After the incident, I stopped experimenting and till now I don’t use such creams or packs and prefer applying of minimal make-up.

Since childhood, I watch our favourite stars endorsing fairness creams.

However, we are proud of some of our celebrities who have raised other concerns as well like Kiara Advani, Ileana etc..

Join my page group created for discussion and debates on topics. You can share your views, opinions, thoughts there. An open platform for debates and discussions.

The Delhi commission has issued a notice to Instagram after a girl shared chats of boys group where they make nasty comments on girls. They morph their pictures, body shame and many more.

Even people on FB are very same, every day when I add someone they start to call on FB messenger continuously. Keeps on messaging unnecessarily, men must change their mentality.

We laughed about you dying…. 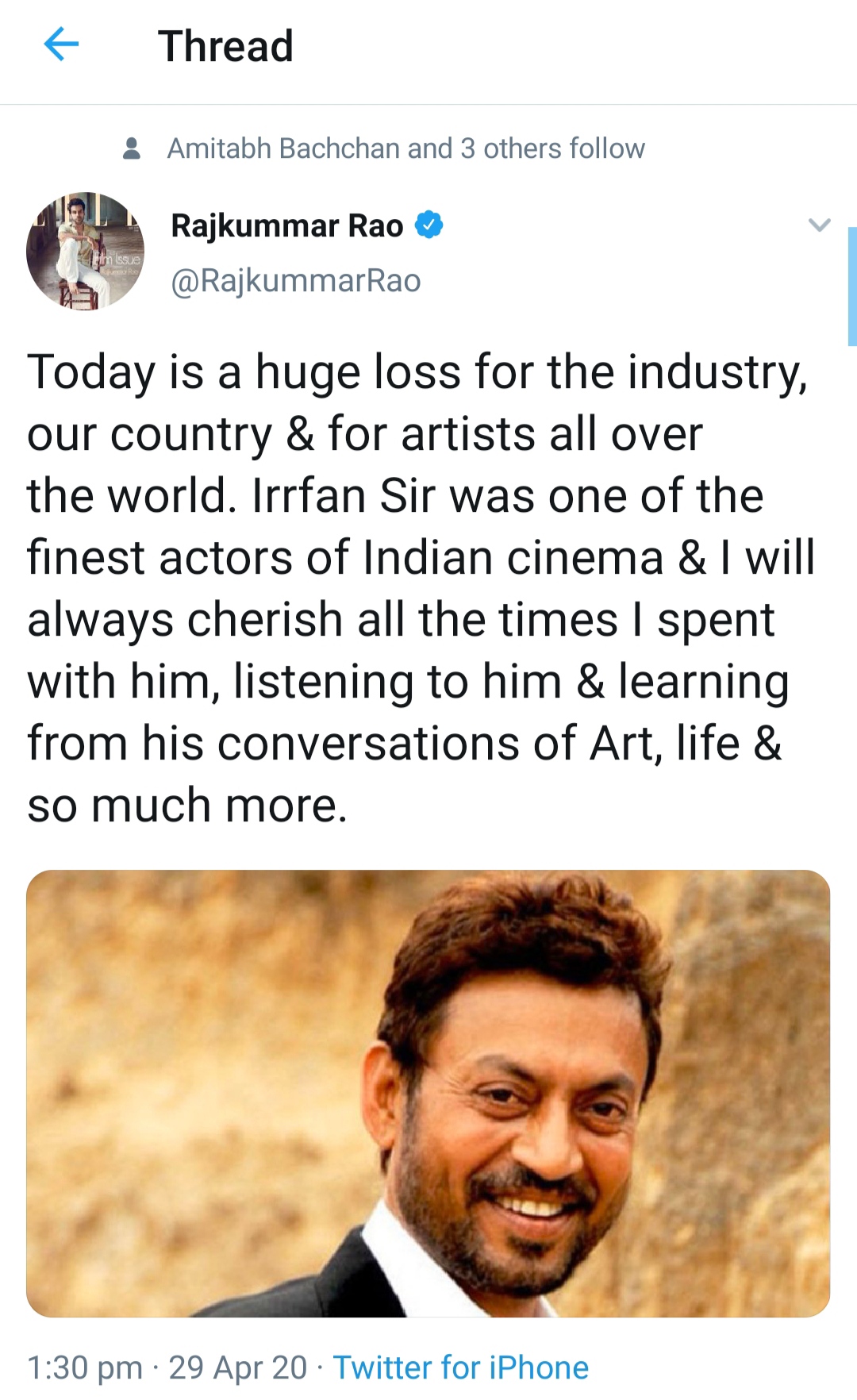 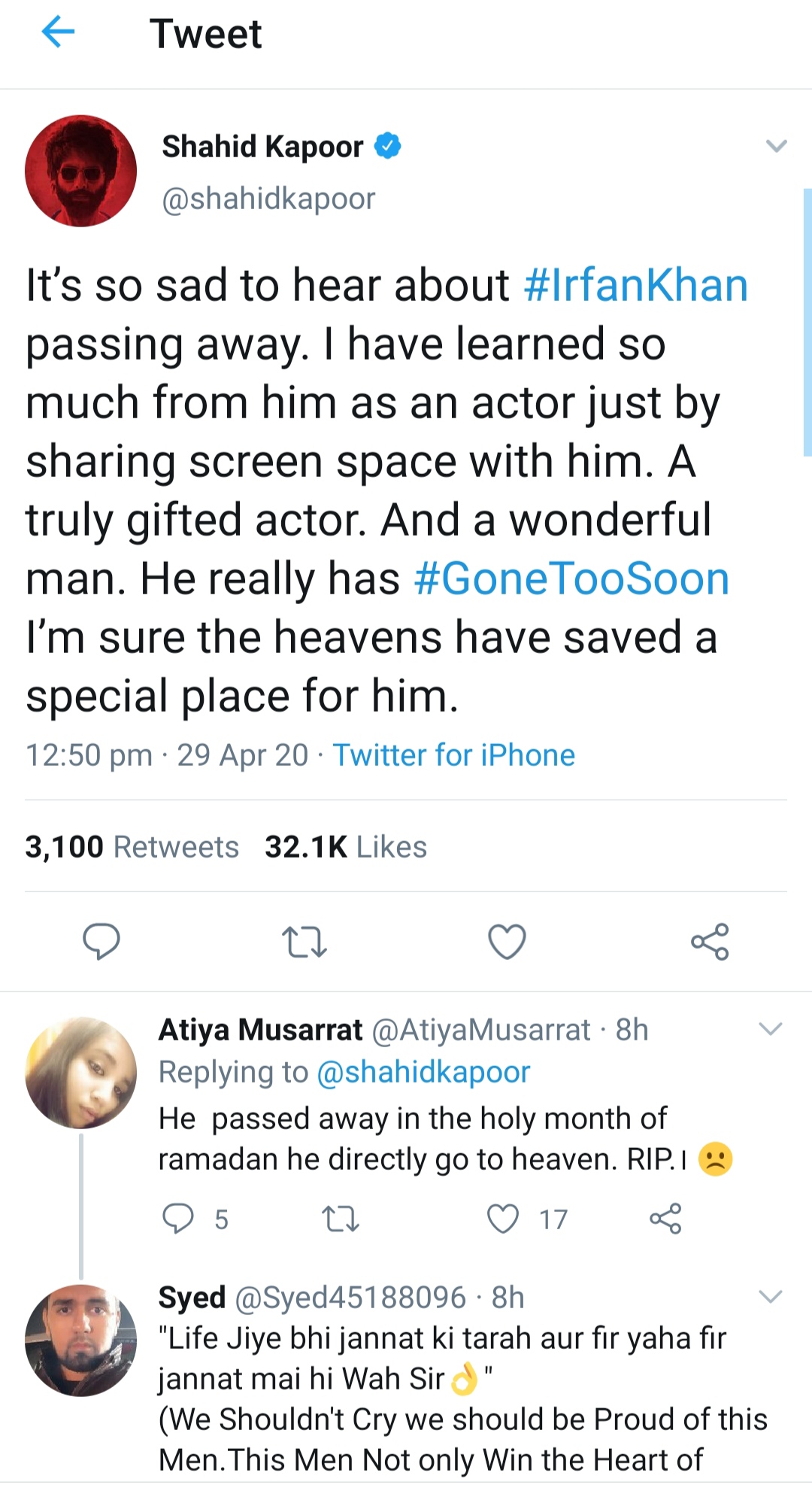 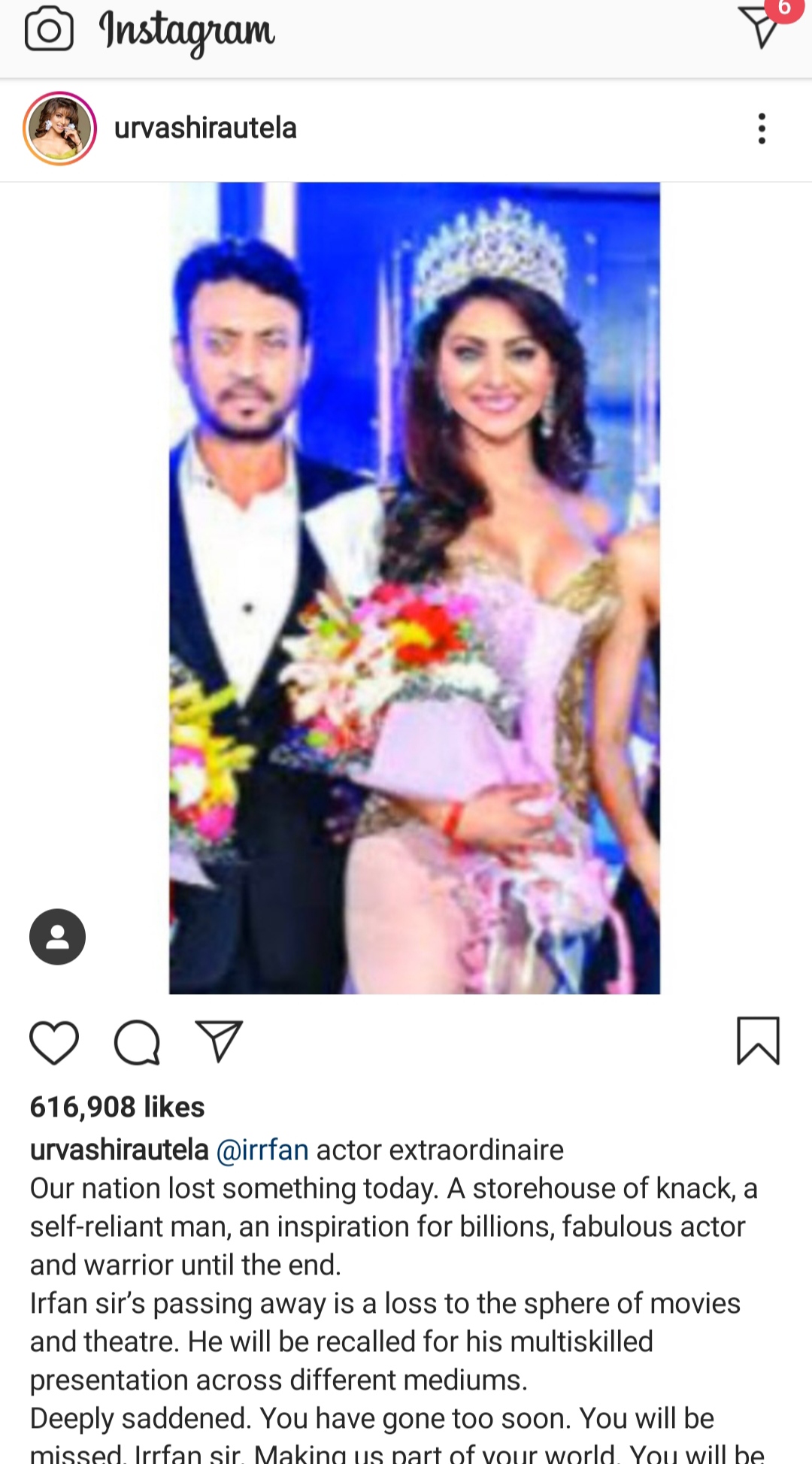 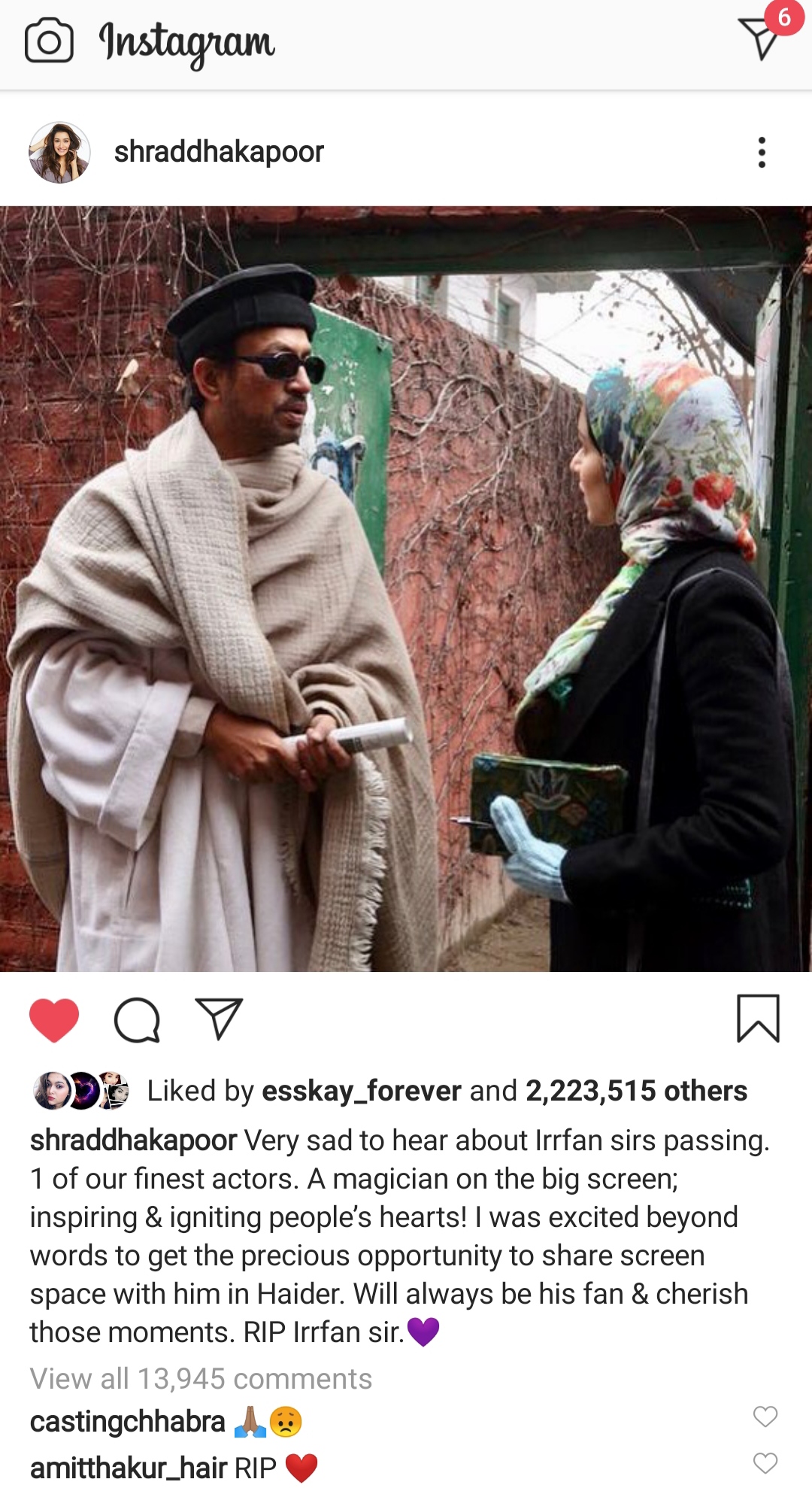 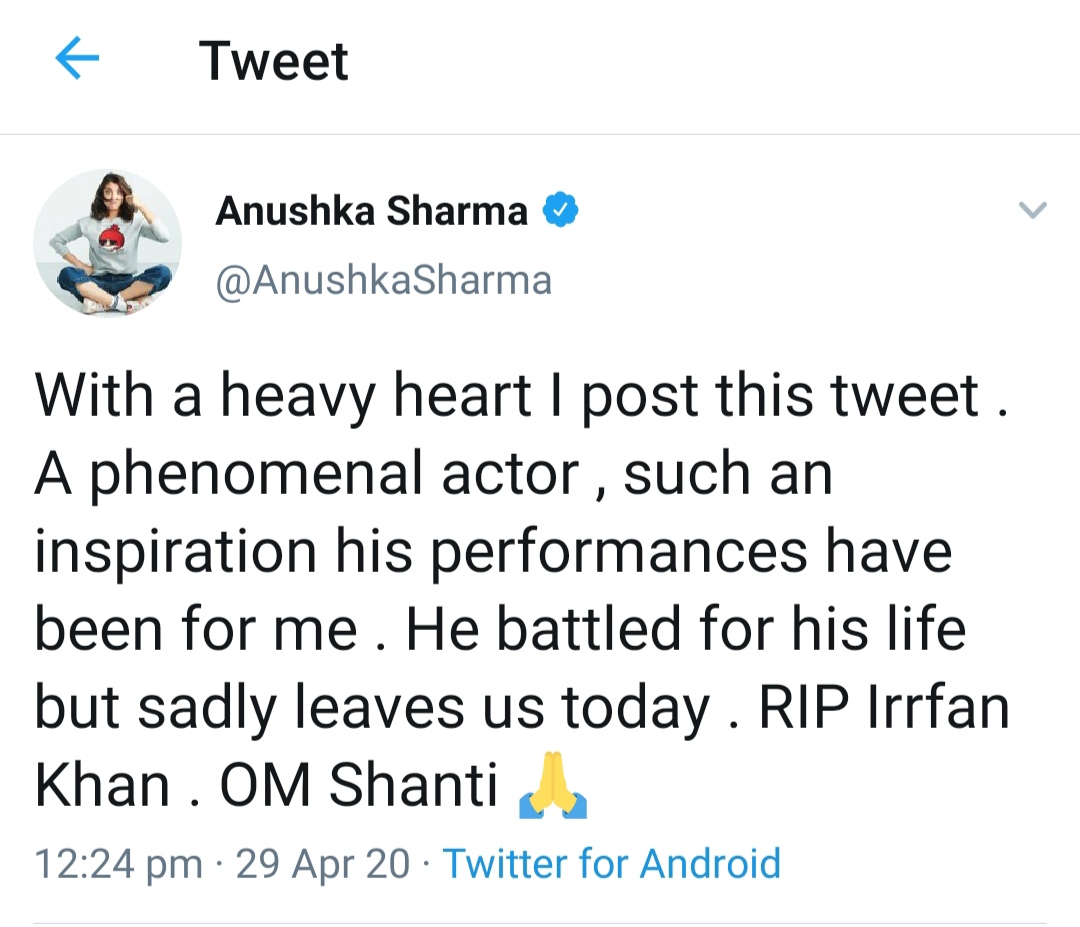 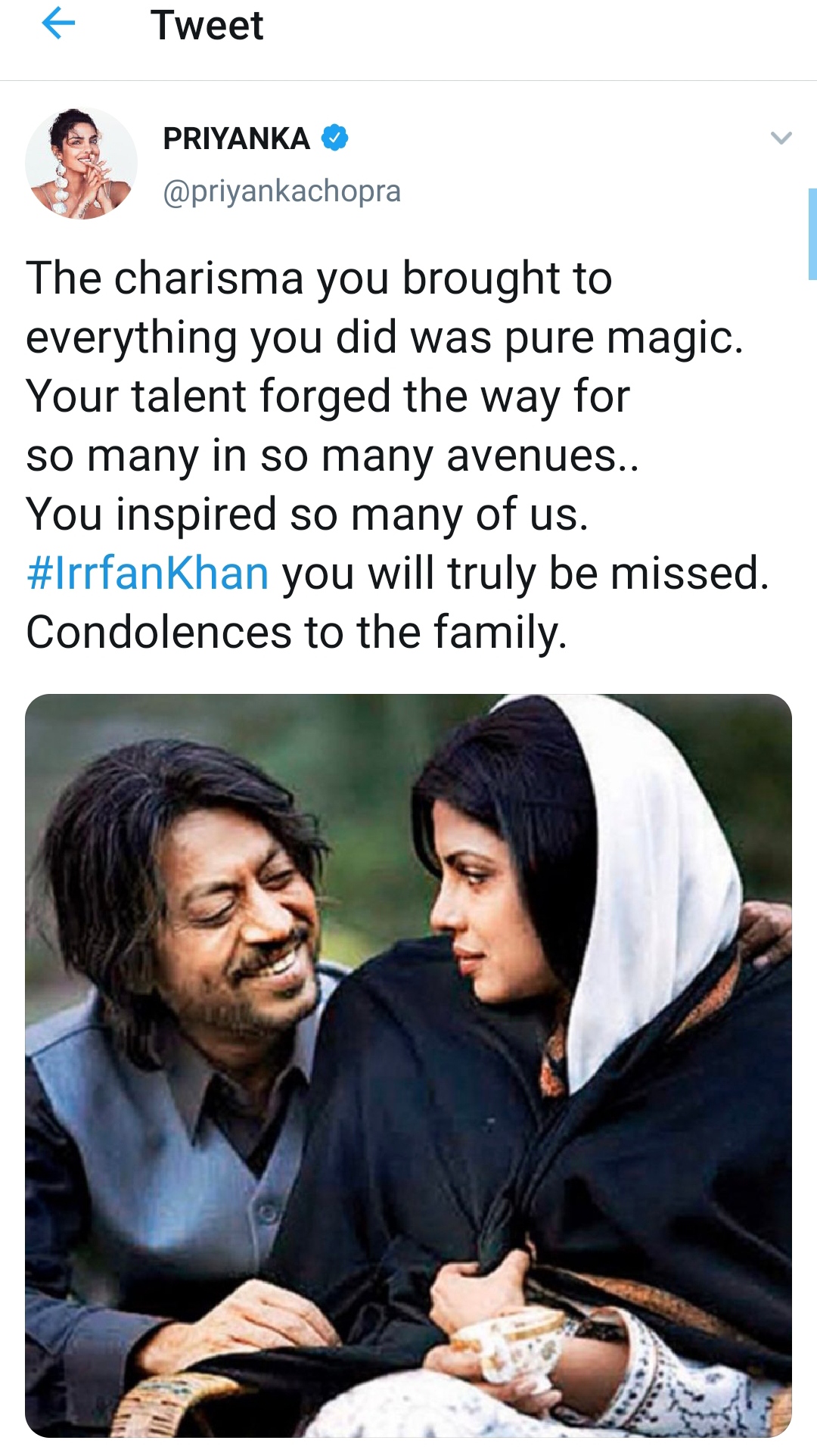 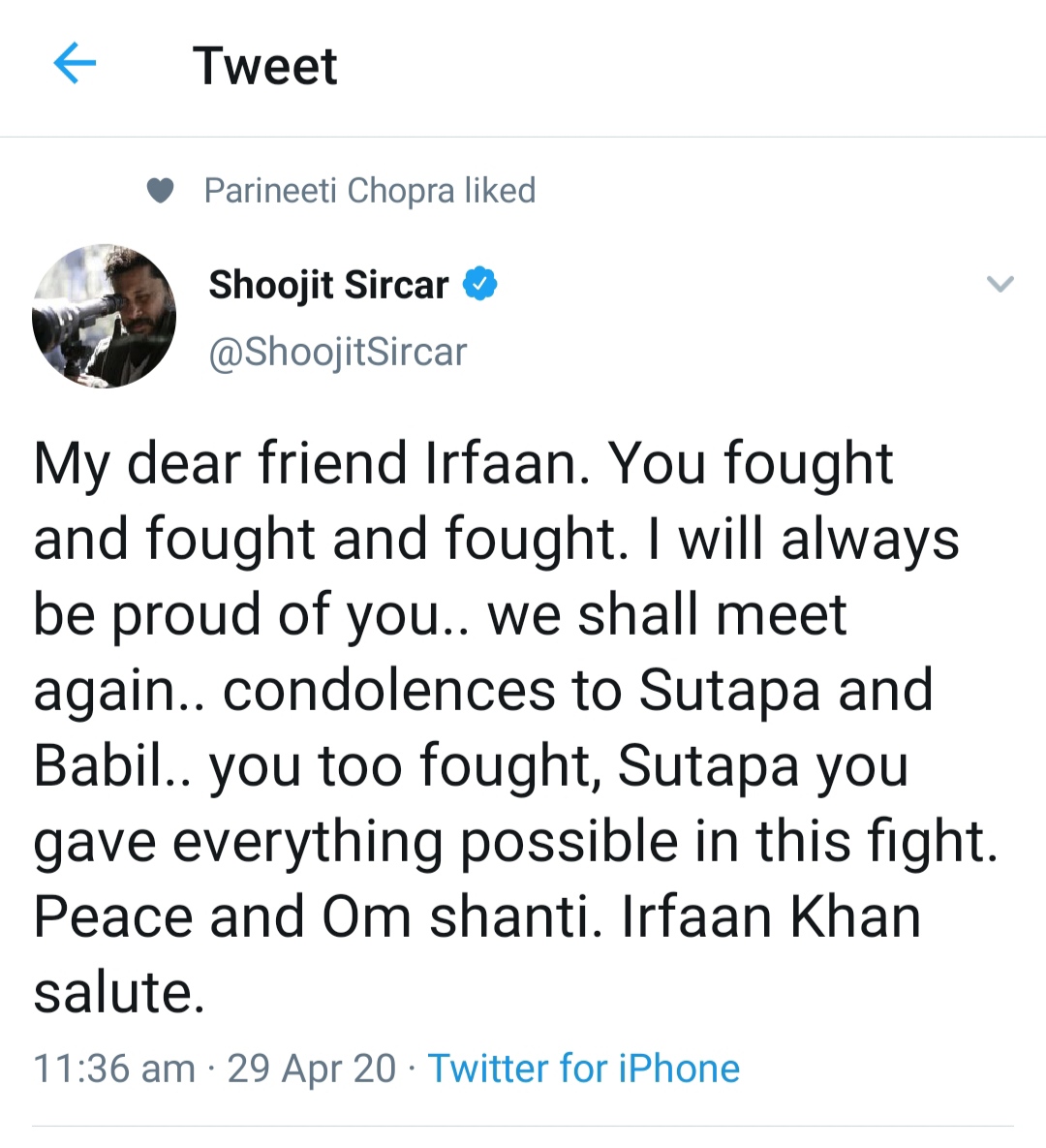 We all know, that Salman Khan is staying with his friends and family in the farmhouse. Also, Salman Khan in his YouTube video mentioned that some friends are also staying here.

Now Jacqueline’s picture on Instagram can prove that she is stuck in the farmhouse and enjoying every single moment with nature.

She is also endorsing and promoting brands staying at home. Her album with Badshah ” Genda Phool” released during the lockdown and is a superhit.

She has even promoted the trailer of her upcoming Netflix movie, Mrs Serial killer.

You can find the details of Mrs Serial Killer here:

She is also requesting and asking us to stay at home and stay safe in her video.

Jacqueline missing her mom during the lockdown.

After genda phool Jacqueline is going to entertain us again with a new Netflix film named Mrs Serial Killer that is going to get a release on 1st May.

The story is about a wife who imitates as a serial killer to prove his husband innocent.

Now, this is cute, Anushka shared a short video this afternoon where she was teasing Virat, who was sitting next to her.

Anushka was mimicking as a fan.

As per TOI, Ajaz khan has been charged under section 153A and others of the IPC for promoting enmity among communities. He was arrested for the same reason in last year, July.

He was summoned to Khar police station in connection to the comment he made on the Facebook live session.

It was said that while being live on Facebook he has made an objectionable comment over religion and tried to inflame a rift in society basis religion. This video has already been viewed by more than 20 lac viewers.

As by ABP Live, a police complaint has also been registered at Amboli Police station. An advocate, Ali Kaashif Khan has filed a written complaint against Rangoli.

Rangoli had stooped too low now for a cheap publicity stunt. The world struggling with a lot of issues due to Corona pandemic, Rangoli is busy garnering cheap publicity for herself and taking undue advantage of the situation with her malicious posts targeting one community.

Now it remains to be seen, will police arrest Rangoli or not on similar lines of the arrest of Ajaz Khan?

As we all know, Rangoli Chandel who is the sister of Kangana Ranaut whose account is suspended by Twitter. On the 15th of April, she tweeted

A Jamati died of Corona when police and doctors went to check their families they were attacked and killed, secular media,make these Mulla’s+ secular media stand in a line and shoot them dead…f****k the history they may call us Nazis who cares,life is more imp than fake image

In no time, the tweeted started getting likes and people shared and retweeted. The problem was that she didn’t share any information related to her statement.

Let’s see the tweets of Farah Khan and other’s who reported about Rangoli’s statement and are now supporting Twitter India after the suspension of her account.

When Farah Khan, a jewellery designer tweeted and urged twitter India and Mumbai police to suspend the account. Rangoli did reply and indicated towards drugs.

Meanwhile, someone actually tweeted in a funny way by saying that Hrithik Roshan’s fans will be happy to know that Rangoli’s account is suspended.

Many came in support for Rangoli and now some of them want Twitter to consider people who abuse Hindu religion and Gods like Ajaz Khan. In fact, some of them even targeted Babita Phogat as well. Have a look

Do you think Ajaz Khan’s account shall be suspended?

Meanwhile, some have their own opinions:

Babita Phogat mentioned in her tweet that Coronavirus is the 2nd largest problem of India, illiterate Jamati’s ranks first.

Meanwhile, have a look at some other recent tweets of Rangoli also it’s known that both sisters use the same account.